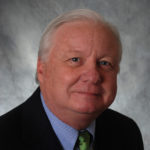 Coffey’s retirement comes after 12 years with the company and more than 40 years in the insurance industry.  Steve joined Broome in 2006 to lead the company’s modernization initiatives which included strategic investments in technology and attaining an A.M. Best financial rating.

“We would like to thank Steve for his extraordinary leadership and vision.  He was instrumental in guiding the company through a strategic transformation, positioning it for future success”, said Ralph Kelsey, Board Chair.

Siobhan Davey has served as Chief Operating Officer of Broome since 2010.  She successfully helped lead the company’s new product development and agency expansion throughout upstate New York.  Davey is an industry veteran with more 25 years experience in the insurance and reinsurance industry.  She currently serves on the board of IIABGB, Vestal Dollars for Scholars and Vestal Rotary.  Davey is the first female CEO in the company’s 130 year history.

Ian Coffey has served as Vice President of Finance for the last two years.  He joins us from JP Morgan Chase. 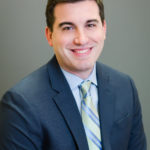